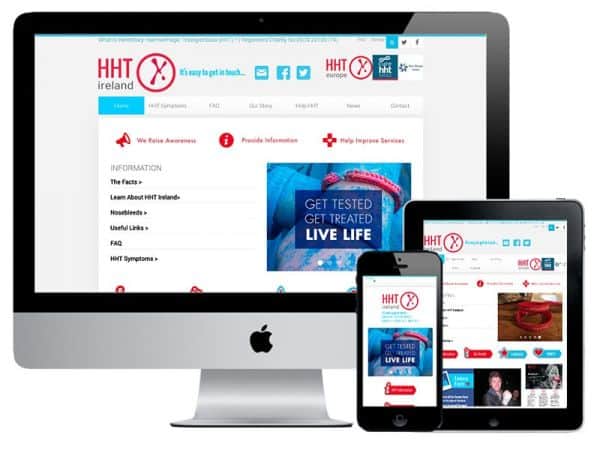 “ So simple, (not easy) but simply a must for any charity – Thank you so much for helping our charity become a success for our members” 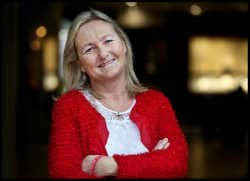 HHT Ireland is a patient led charity, established to support sufferers and promote awareness of HHT.

The Client
HHT Ireland was established in 2012 after the untimely death of 22 year old Paul Woods. Paul was an HHT sufferer and was aware of his condition. However, in 2012 only 10% of HHT sufferers in Ireland were aware they had HHT. Paul’s Mother determined to change that to ensure that people would get the opportunity to become aware and to get tested for HHT or Hereditary Haemorrhagic Telangiectasia.

The Problem
With no web presence to support an awareness campaign, Dara wanted a website solution that she could use herself. Dara wanted to publish articles on HHT. She wanted to integrate her social media campaigns with her website output. There was no connection between the PR, the web presence, the social media, the Media itself and the supporters.

The Brief
The requests included a responsive website, the training to be able to use it, custom design to make it attractive to view and a platform that would be useable for Dara herself. Plus a few Galleries and a dynamic blog or news section, with loads of category options. Dara wanted to have support to ensure the website works well and is secure.

The Approach
Once we wrote the Brief, we made some tweaks and got approval. Then we created a wireframe or layout for approval by Dara’s team. Then we moved on to custom design, for approval, which worked out so well and needed very little editing at all. Then we built a business website, adding whatever content was required. Then we added the supporting information that might be required to answer any questions 24/7/365.

Dara wanted to include a variety of Galleries for various purposes.

The Results for HHT Ireland
The website has allowed Dara tie in all the Media reports, with all the Social Media outputs. She can Blog or add news. They can add images to Galleries and communicate with Supporters and Hospitals. Since 2012 HHT Ireland have connected with an estimated of all 50% of HHT sufferers in Ireland. HHT Ireland have raised awareness and raised money to fund genetic testing for families. HHT Ireland have supported the HHT Centre of Excellence in Mercy Hospital in Cork. The Centre itself was set up following the death of 9 year old Grace Nolan of HHT in 1999.

As of 2019 HHT Ireland holds an annual Patient Forum in Portlaoise, attended by medics and dozens of sufferers. This campaign is saving lives and there are no shortage of examples of these results.

The big win is that people with HHT are finding support and help through this website, when they research their symptoms of HHT itself.

The Results for MEANit
We all enjoyed helping Dara to connect with so many HHT sufferers and making such a difference, saving lives and supporting families.